Our website uses cookies, as almost all websites do, to help provide you with the best experience we can. Cookies are small text files that are placed on your computer or mobile phone when you browse websites.

Councillor Julia Berry was officially sworn in as Mayor on Tuesday evening at Full Council. 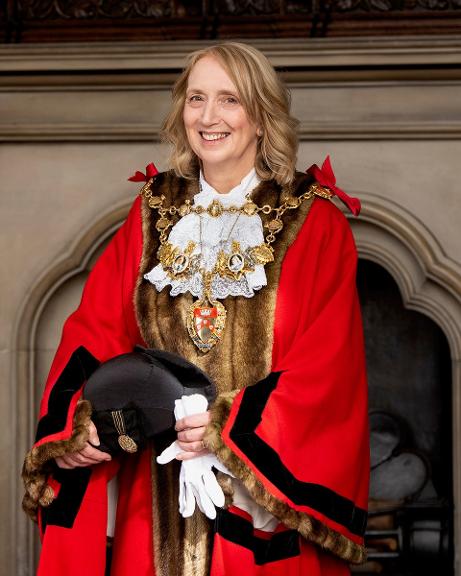 Born in Nelson, the new Mayor moved to Chorley in 1987, just after marrying and starting a young family and later decided to make Chorley their permanent home.

Councillor Berry has since been an active member of the community, volunteering for various causes and organisations.

Most recently, in 2019 she was elected to Council to represent Coppull and is passionate about female empowerment and encouraging healthier communities. She also serves as County Councillor.

Accepting her new role as Mayor of Chorley, Councillor Julia Berry said: "Since moving to Chorley 35 years ago, then first becoming a councillor for Chorley in 1995, I have been lucky enough to be able to be a part of, represent and serve the incredible community and it's a huge honour to take the reins as Mayor for this year.

"I'm honoured to be representing the community and I'm looking forward to working with the fantastic communities, charities and businesses across Chorley".

The new Mayor's focus will be placed on working to ensure Chorley continues to be a place where people like herself, choose to invest and make their home.

The Mayor said: "I'm proud to be associated with these charities and I have been involved with them for a long time, so they are very close to my heart.

"I hope to carry on the great fundraising work that has taken place across Chorley and get involved in activities and events for these great charities".

The Mayor hopes to kick start the fundraising straight away and is already in early dialogue with them to identify projects that will make a real difference.

The title of Mayor was passed from Councillor Steve Holgate who has been Mayor since 2020 and had his role extended for an extra year due to the pandemic to Councillor Berry who will be in the role until 2023. Deputy Mayor will be Councillor Tommy Gray and the Deputy Mayoress will be his daughter, Michelle Gray.